skip to main | skip to sidebar

1st TOURNAMENT A Game of Thrones-ZARAGOZA 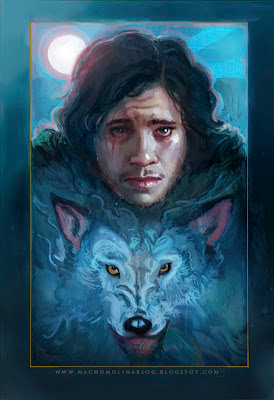 This weekend has been celebrated the First Tournament of A Game of Thrones LCG in Zaragoza (Spain). Spanish players from all around gathered for competing each other in the card games. The winner of the event received a print of the illustration I had painted for the tournament, and also a commemorative card with the same image.
I did not have so much time but I decided to paint it using a mixed technique consisted on pencils, grey markers and photoshop in spite of not being my usual technique. Not only was the result faster, but also I had the opportunity to try different things with the oil brushes of the Photoshop CS5. You can see the step by step here below.

Etiquetas: A Game of Thrones, Tutorial

That is awesome, love the picture what great work and can't wait for the third season!